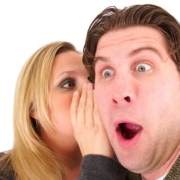 SSSSSSSHHHHHHHHHHH – its still supposed to be a secret!!!
There have been some heavy hints about things happening with Olympus and Damian McGillicuddy training in the near future, many of you have noticed the example posts of Damian’s work in the forums on FaceBook etc.
Perhaps its time to let the cat partially out of the bag.  Lots of organisations ask for revenue or funding from manufacturers and at the NPS we are nothing if not progressive and forward thinking… so we asked Olympus for expertise instead of simple cash!
Now Damian McGillicuddy is quite literally world renowned and second to none as both a judge, trainer and a photographer –  we asked Olympus to loan us their Principal photographer and educator to help within the NPS.
Olympus, through Damian and his colleagues, will be having a big hand in helping the mentoring and training side of the NPS come the end of August and there will even be Olympus training academies up and down the country for the NPS membership to attend – a big commitment to the photographic industry from the progressive and industry centric people at Olympus.  Damian will be taking the title of Head of Training and Qualifications at The NPS which we are extremely excited and honoured about.
If you want to see just what you are in store for we can even give you a subsidised sneak peak.  Olympus and Damian have squeezed an extra date in to their next “BIG shoot experience”, now it is this Saturday – the 12th and its short notice… BUT if you want to attend to learn from the man the popular photographic press refer to as the “lighting wizard” mail me directly and I’ll give you a discount code for a further 15% of as an NPS member benefit.
I know places are limited so don’t delay this is done on a first come first served basis… you can see the sort of thing you are in for here on Damian’s blog, there’s even a behind the scenes video, so check it out:
http://www.damianmcgillicuddy.com/weve-squeezed-another-day-dare-miss-olympus-extravaganza/
https://www.thenps.com/wp-content/uploads/2014/07/whisper.jpg 299 401 The NPS https://www.thenps.com/wp-content/uploads/2013/09/nps-logo.png The NPS2014-07-09 10:34:252014-07-09 10:34:25A little news……..
Nikon D810 36.3 Megapixel Digital SLR Announced