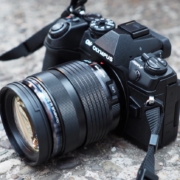 The OM-D E-M1 Mark II firmware upgrade to Version 3.0 includes major improvements to the camera’s autofocus performance, enhances the image quality and unlocks new video features. Along with updates to the E-M1X and the Olympus Workspace image editing software, the E-M1 Mark II firmware is available for download from today.

Olympus is dedicated to continuously improve and add new features to its professional OM-D camera line-up with regular firmware updates. As part of this commitment to their users, the firmware update Version 3.0 for the OM-D E-M1 Mark II was developed to add high-precision autofocus (AF) performance and some of the features allowing for the high image quality currently available on Olympus’ newest OM-D, the E-M1X, to the E-M1 Mark II.

Major improvements include the following :-

Both firmware updates are available for free via the Olympus Digital Camera Updater. For more information and to download the new version of the Olympus Workspace software please go to www.olympus.co.uk/firmware.