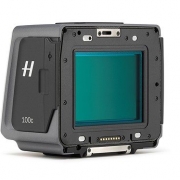 Talking about the new launch, Hasselblad Product Manager Ove Bengtson said, “The launch of the H6D-100c digital back is an answer to photographers wanting to use the power of the 100c on third party technical cameras.” According to Hasselblad, the unit features an interface capable of working seamlessly with both large format and technical camera systems.

The Nikon D850 is the best camera DxOMark has ever tested, first to hit score...
Scroll to top