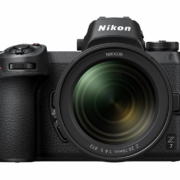 Nikon has released firmware version 2.0 for the Nikon Z7 and Z6 cameras, bringing eye-detection AF, extension of low-light AF detection range, and the addition of AE tracking in the continuous high-speed (extended) mode.

The following main functions will now be available through the firmware update:

The new Eye-Detection AF function automatically detects and focuses on human eyes in the auto-area AF (AF-S, AF-C) mode. When the eyes of multiple people are detected, the multi-selector or sub-selector can be used to select which eye the camera focuses on, even when looking through the Electric View Finder. Once the photo is taken, the user can easily verify that the image is in focus by pressing the ‘OK’ button to zoom in on the eye that was the intended focus target.

The new firmware enables even faster autofocus when recording dark or dimly lit scenes, with both still-image photography and movie recording. It extends the AF detection range* from −1 EV to −2 EV on the Z 7, and from −2 EV to −3.5 EV on the Z 6. When the Z 6’s low-light AF function is enabled, the available low-light AF detection range* will be extended** from −4 EV to −6 EV, so it will be able to autofocus with even darker conditions.

Previously, exposure was locked with the first shot in a burst of high-speed continuous shooting. Firmware version 2.0, however, adds support for AE tracking in continuous high-speed (extended) mode, allowing the cameras to track exposure just as it does focus (AF tracking). This ensures that all images captured with a burst of high-speed continuous shooting are not only in focus, but also exhibit optimal exposure, even when the brightness of the scene changes during the burst.

The new firmware can be downloaded (free of charge) from Nikon’s Download Centre.