Pictured above: Affinity Photo for Windows

The ‘try before you buy’ offer follows the launch of the two products on Windows late last year, and means potential customers will be able to spend ten days testing the software before committing to purchase.

Both have received thousands of 5-star reviews from critics and professional users around the world. 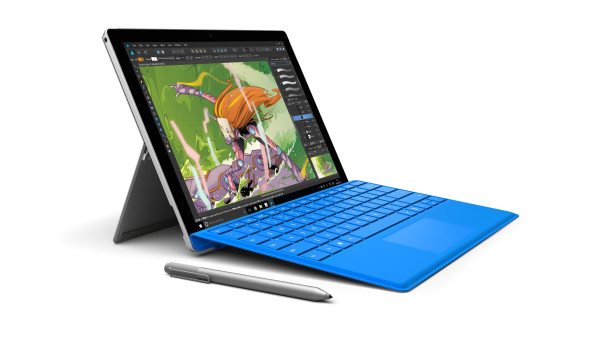 Pictured above: Affinity Designer for Windows

The Windows versions match the Mac versions feature-for-feature and are available for a single payment of $49.99 / £48.99 / 49,99€, with no subscription and free updates.

Ashley Hewson, Managing Director of Affinity developer Serif, says: “The response to our launch for Windows has been phenomenal – better than we ever could have predicted. That’s been matched by the positive feedback we’re getting from people who are making Affinity Photo and Designer part of their everyday professional workflow.

“Even though we offer a no-strings refund policy for 14 days, trial versions for Windows have been a popular request and we know there’s still a huge market out there of people who want a professional graphics or photo editor for a one-time cost with no expensive ongoing payments.”

Affinity Photo and Designer share the same file format on all platforms, allowing users to switch seamlessly between them both as individuals and in a professional environment, where colleagues work on different systems.

Serif’s global success with its Affinity suite of professional design and photo editing software is built on almost three decades of expertise.

Affinity Designer, winner of an Apple Design Award in 2015, and Affinity Photo, named Best Imaging Software by the Technical Image Press Association in 2016, were a result of the vision of the development team at Serif’s headquarters in Nottingham, UK.

Created from the ground up, with the emphasis on speed, power, accuracy and lack of bloat, Affinity Designer and Affinity Photo received a stream of glowing reviews from Mac users around the world, before being launched for Windows users too.

Their creation marked a change of focus for Serif which, since 1987, had grown a reputation for quality and reliability based on the award-winning Plus range of software for PC.

Powerful yet easy-to-use, the software offered low-cost alternatives to high-end publishing and graphics packages, putting professional effects and demanding publishing tasks within the reach of PC users around the world.

Now changing the game for professional graphic designers and photographers on Apple Mac as well as Windows, Serif is the winner of over 200 awards internationally, with more than 6.5 million customers worldwide. The company has around 90 employees.