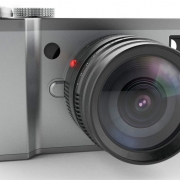 A new start-up company called Konost is looking to launch what they call the world’s first true digital rangefinder camera.

Their first camera, which is still under development, will be the Konost FF, a 35mm full frame 20 megapixel True Digital Range

Finder camera. It will have an optical viewfinder with electronically displayed framelines and a rangefinder focusing patch.

The beauty of the camera is its simplicity they say, with only four fundamental controls: aperture, shutter speed, focus and ISO. It’s a minimalistic camera stripped of any unnecessary features.

The difference between the Konost True Rangefinder and the Leica series of rangefinder cameras, for example, is that the Konost will use a system powered by a secondary image sensor rather than a series of prisms and mirrors as used in more traditional systems. It will work with image overlay focusing instead of optically focusing, meaning focus will be achieved for a point in the scene when the two images overlap. This can be adjusted by focusing the lens, causing the secondary image to move.

Konost is also creating an AP model with 12 megapixel APS-C sensor and a junior model with 1 inch 10.8 megapixel sensor. All 3 models look set to feature an SD slot, spot average metering, manual exposure and aperture priority with a shutter speed range of 1 second to 1/4000s as well as optical viewfinders, electronic displays and a hotshoe mount.

Both the full frame and APS-C models will be made from aluminium alloy and have RAW capture, a Leica M lens mount, and ISO from 100-6400.

No details of pricing has been announced as yet, and there is a target launch date for the full frame and APS-C models in early 2016. For more information, take a look at the Konost website.